thenurseandthebuilder Standing still is boring. Get outside!

Eilat and the Ever Lovely Red Sea 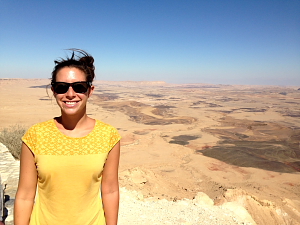 Highway 40 through the Negev was seriously spectacular! Clare even took us on a cool little side journey to see two huge craters. It was so dry and arid, but so picturesque. Everything was closed in the tiny town we planned to stop in for lunch, but luckily we had some left over food in our packs, so we stopped for a nice little picnic in the park. Eventually we made it to Eilat but not before stopping once or twice along the way to take in the magic of the scenery. Feeling pretty beat from the long driving day we sussed out our airbnb apartment and grabbed some breakfast things for dinner from one of the only corner stores we could find that was actually open. It took quite a search to find too. 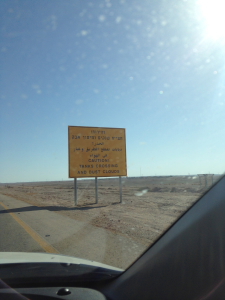 In the morning mum and dad were booked into a dolphin dive, which sounded like a dream come true for mum and pretty much was by all accounts. Clare and I drove back up North a short way to Timnah National Park to see an impressive life sized recreation of the Tabernacle from the time the children of Israel were wandering in the wilderness, lead by Moses. 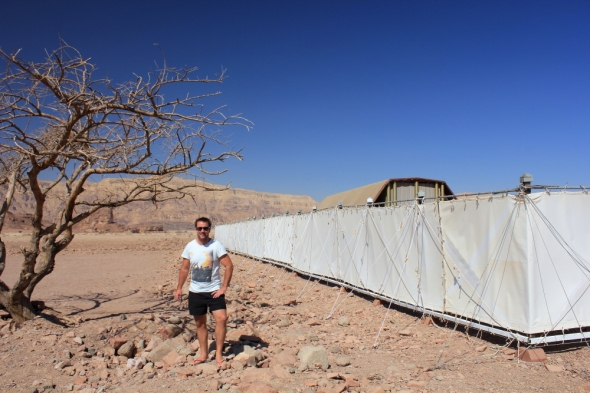 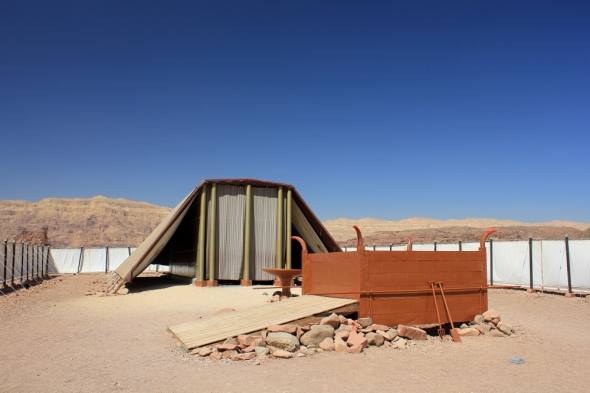 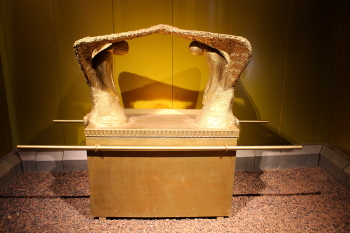 We were the only ones there for the morning tour of the tabernacle. The Christian lady who led it gave us such a treat. She really took her time and not only explained the different aspects of the tabernacle, but related them to the new covenant we have in Christ and our own lives too. It was really something special. 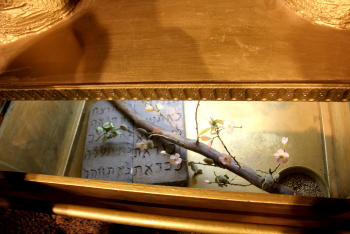 We loved hearing about how the wood used for the frames was made from a twisted, warped tree that really represents us and how God is able to use us no matter how ‘twisted’ we are. Or understanding the process that was followed to pack up and move all the objects, and seeing that it would have left a huge cross on the ground for all the people to see. We were pumped from it. She runs a really cool website which is worth checking out if you have any interest in the details. You can even do a virtual tour of the tabernacle. http://berean-to-berean.com/virtual-tabernacle-tour/ 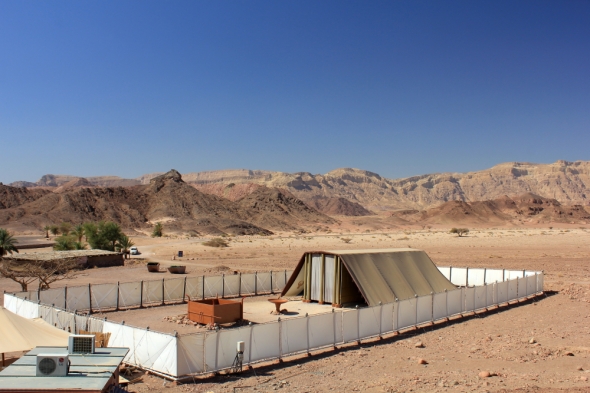 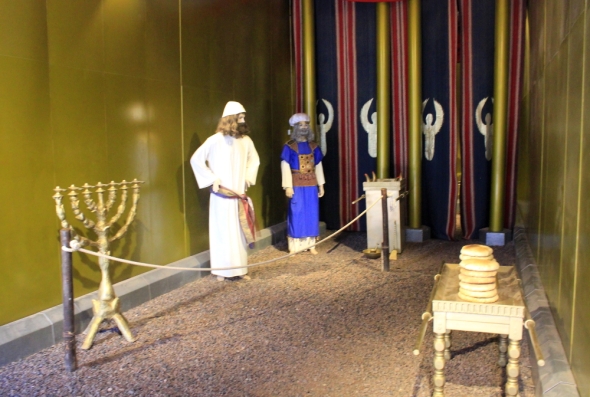 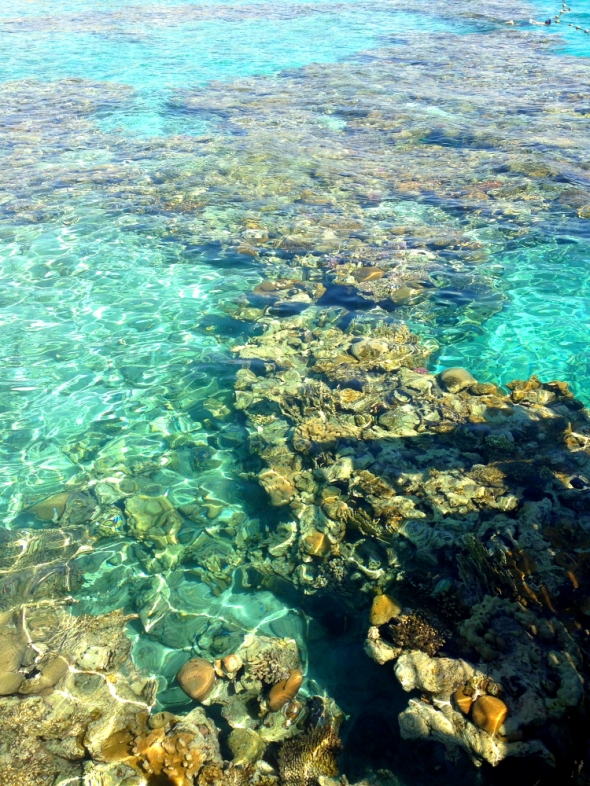 When we headed back into town and picked mum and dad up, they were beaming. Seemed mum’s practicing of the old snorkel and mask in the bathroom sink had paid off the night before. They had an amazing experience and saw plenty of playful dolphins as well as lots of other cool fish. We all decided to get in on the act and hired snorkel and mask and headed to a nice little local beach to check out the Red Sea’s fish life. Almost straight away we spotted a Lion Fish and this really bright little yellow ball, which we later found out was a yellow boxfish. 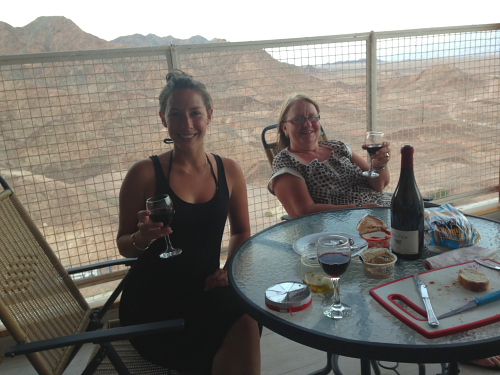 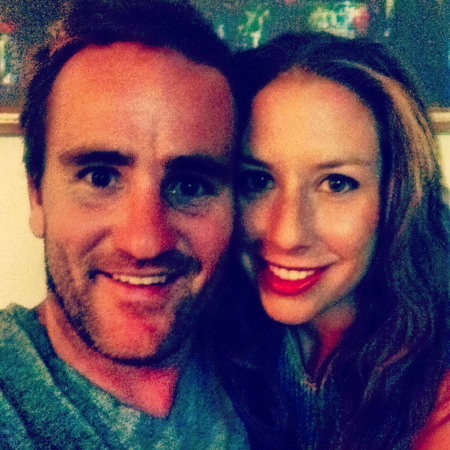 Once we were well and truly sun kissed we headed back to the apartment and kicked back on its cool little deck for some Pelter wine and cheeses. It was fairly hilarious when dad collected up the dirty dishes and proceeded to walk into the closed glass sliding door. He didn’t agree of course. Later we headed out for a really nice dinner on the waters edge where we met an Israeli guy who works in Byron Bay along with a considerable number of furry felines. Dad had a fairly effective sand throwing technique that kept them at bay while we ate dinner though. It was such a nice evening we didn’t even mind the bloke who thought it would be a great idea to swim in front of the restaurant in a pair of white Y-fronts. 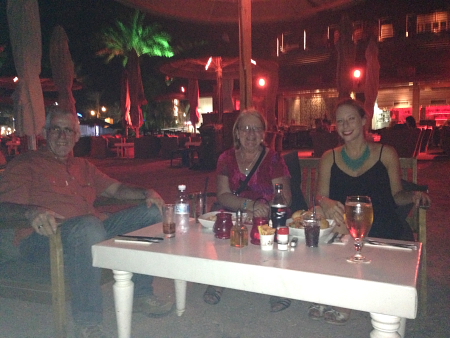 Early next morning Dad and I were up to watch the AFL grand final, but neither of us cared too much about the result. So once the ladies awoke we headed down to Coral Beach for some more fantastic snorkeling. We had a great time all exploring the reef line together. We got to see a few Lionfish, and big blue ray and even what we thought were sea horse. It was lovely going from the warm sun to the cool water with a brief nap in between. We headed home for a better nap, some wine and a little research on what we had seen. Turns out our seahorse were pipefish, but we didn’t mind too much. 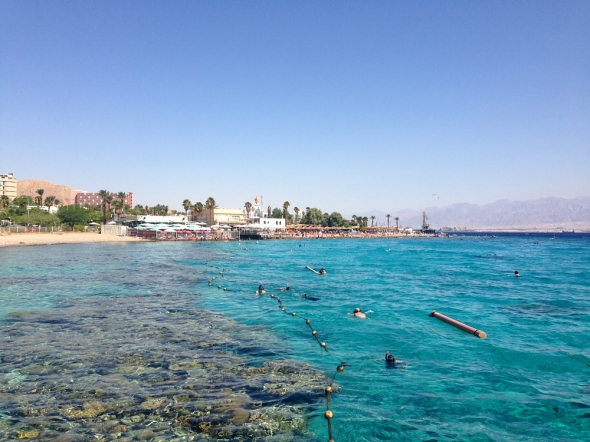 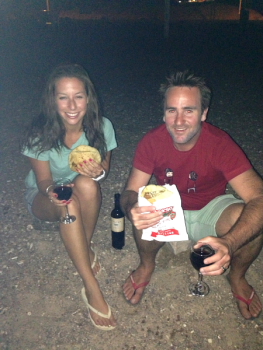 For dinner we grabbed, what we thought might be, our last descent falafel for a while and headed to a quiet little beach. Of course we enjoyed it with one last bottle of Pelter wine, just for something different. 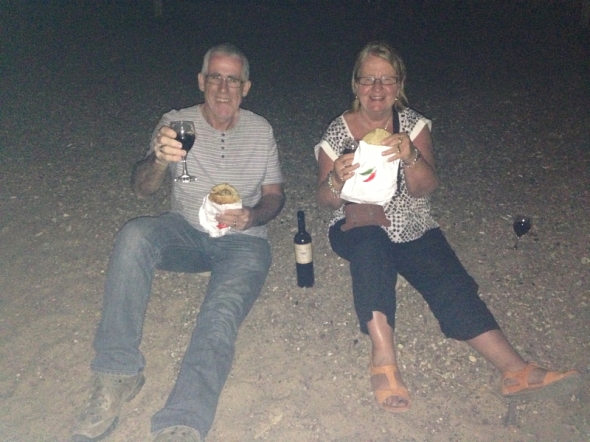 This entry was posted on December 24, 2013 by jonoandclare. It was filed under Israel, Jono and was tagged with Eilat, Israel, Neveg, Snorkling.